Caleb Klauder’s warm sound, authentic and familiar, feels all at once contemporary and vintage, as though it’s coming from the porch next-door. Raised between Orcas Island, Washington and Little Cumberland, Georgia, Klauder took his first steps in Knoxville. If his music could invent a genre, it would be New-school Americana, infusing old standards with Northwestern attitude and spinning out modern classics made elegant with Southern charm. Klauder writes his rough-hewn lyrics among the chickens scratching in his garden in Portland, Oregon, where he works as a musician and carpenter and is raising his 13-year-old son, Elijah. 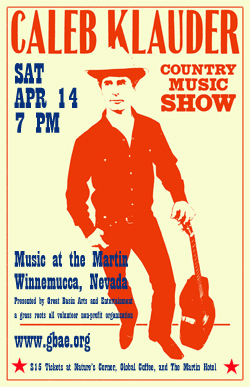 Winner of the Portland Music Awards Outstanding Achievement in Country Music in 2008, Caleb Klauder has been on tour for the last fifteen years performing with Calobo, Pig Iron, The Caleb Klauder Band, The Foghorn Stringband, and with Dirk Powell. He’s opened for acts such as JJ Cale, Iris Dement, David Bromberg, and the Del McCoury Band and has shared the stage with Tim O’Brien, Kevin Burke, The Wilders, Uncle Earl, and Justin Townes Earle. Klauder regularly collaborates with Dirk Powell, Riley Baugus, Betse Ellis, Reyna Gellert, and Justin Townes Earle. 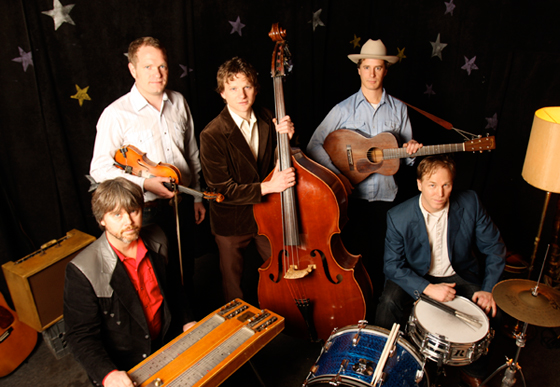