The $15.00 seats are on sale now online at themartinhotel.com.  Tickets are also available at our walkup outlets, The Martin Hotel, Nature’s Corner and Global Coffee in Winnemucca. 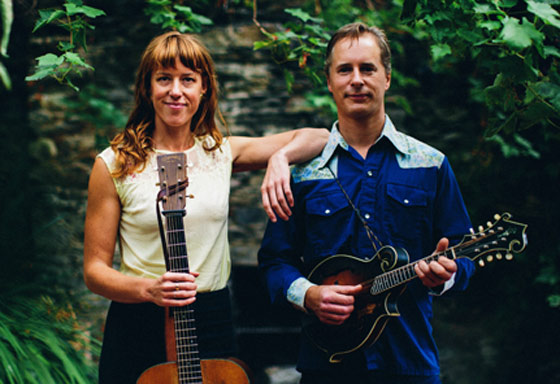 Caleb Klauder and Reeb Willms form a powerful vocally-driven duo whose sound is lifted by Caleb’s distinctive and lyrical mandolin playing, (he even picks up the fiddle from time to time) and driven by Reeb’s unwavering guitar playing. They perform original songs and tunes as well as their favorite old gems from traditional and country repertoires. Both originally hail from Washington State: Caleb from Orcas Island, and Reeb from the Waterville Plateau. They met at the Weiser National Old Time Fiddle Contest, and after singing a few songs together, knew that they had to keep doing just that.

They tour regionally and internationally bringing a pure and honest sound to both the Foghorn Stringband and the Caleb Klauder Band. Your ears will be ready for the timeless music that these two deliver, rooted in the essence of American roots while bestowing a few new chestnuts to the canon. They have been featured on NPR Music, A Prairie Home Companion, and their albums get played on radio stations around the globe.

Here is a three song playlist.

We just found the first pair, circa 2012, Caleb and Reeb have only recently teamed up, and these performances are stunning.   They feature Caleb’s masterful mandolin playing along with Reeb’s rock solid rhythm guitar, then Reeb sings a haunting solo.

The third tune is more recent, from the Pumphouse Session at Pickathon.   Have a look and listen.