The $15.00 tickets are on sale now at the Martin Hotel, Nature’s Corner, and Global Coffee. You can also buy them online just below. 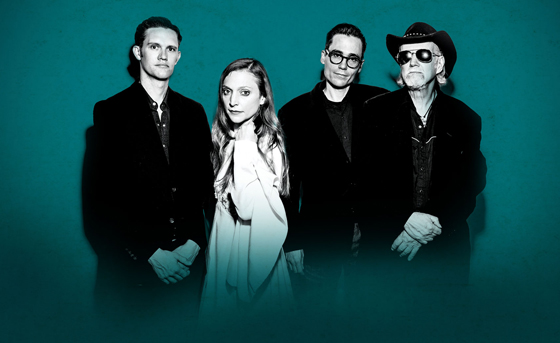 With a voice of soulful clarity, Eilen Jewell delivers treasures of roots music well-embedded in her crown as the “Queen of the Minor Key”. Her success as a songwriter and performer draws from her deep appreciation and knowledge of Americana music and her style covers a range from folk, country, gospel, and blues; with occasional rockabilly and surf sounds. Her 8th album is expected out this month. This new album of originals, Gypsy, is claimed to be her favorite album yet. “New sounds. Old sounds. Electric guitar driven rockers. Classic country. Tender ballads. A Pinto Bennett cover. A protest song.” Other items in her discography include several albums of original material, one of Loretta Lynn covers, as well as her recent collection of blues, Downhearted Blues.

Eilen has returned to her home state of Idaho after years of being a vital part of the roots music scene of Boston. Audiences do not want to miss her first show in Winnemucca, which is part of a world tour with her first-class band. The group has shared stages with the likes of Lucinda Williams, Loretta Lynn, Mavis Staples, Wanda Jackson, George Jones, Emmylou Harris, and Blind Boys of Alabama.

A jewel from the Gem state-don’t miss this precious music experience. Buy your tickets NOW!