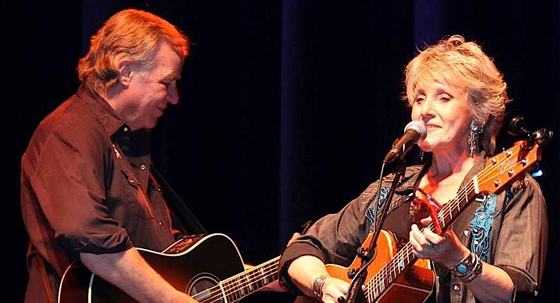 She’s one of the most instantly recognizable voices in music – the woman People Magazine called “Country’s Bonnie Raitt”. From the first time Lacy J Dalton caught the public’s ear, that soulful delivery, full of texture and grit, has been a mainstay of Country Music. When you sit to listen to a Lacy J Dalton album, you find yourself pulled in by the very power and heart of this vocalist, because she’s not merely performing a ten-song set, she’s bringing each and every tune to life. It’s as if they were all written especially for her.

Lacy J Dalton’s music is a product of her wide-ranging musical tastes. She was born in Pennsylvania, into a family of musicians. Her father played a variety of stringed instruments, sang and wrote country songs. Her mother played guitar, wrote and sang harmony and her sister played piano and guitar. Lacy’s early influences were the classic country music of the 40’s, 50’s and 60’s and later, the Folk and Rock sounds of writer/artists like Bob Dylan, Joan Baez and Fred Neil.

She’s always been a writer and an artist who loved music with a message and lyrics that somehow brought a new awareness to the listener. She retains this love of material with a purpose, and her song choices reflect that appreciation. Lacy J Dalton was already a Regional star in California when she went to Nashville. Her National success appeared immediate; another case of an “overnight” star that’d paid dues for a long time.

Lacy’s success was powered not just by the artist’s recordings, but by a stage show that truly electrified audiences. She quickly became one of the few women who could successfully open a show for the likes of Hank Williams, Jr, Willie Nelson, Merle Haggard or Charlie Daniels. Not only could she do it, but she left audiences across the country hollering for more. Her hit records are legendary million-airplay cuts: “Hard Times”; “Crazy Blue Eyes”; “Hillbilly Girl with the Blues”; “Takin’ It Easy”; “Everybody Makes Mistakes”; the worldwide hit, “Black Coffee” and her signature song, “16th Avenue”, the Anthem for Nashville songwriters voted one of Country’s Top 100 Songs ever by Billboard Magazine. Voted Best New Female Artist by the Academy of Country Music in 1979, she brought home numerous Grammy nominations and 3 prestigious Bay Area Music Awards for Best Country-Folk Recording, appearing with the likes of Neil Young, the Grateful Dead and Grace Slick and the Jefferson Airplane.