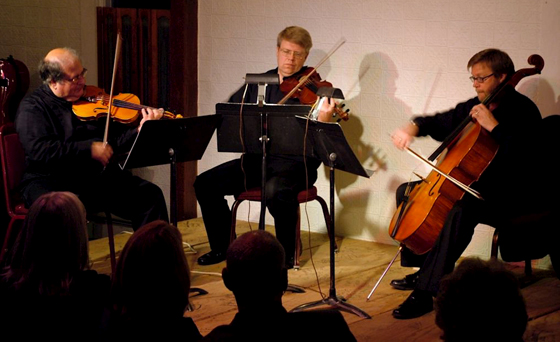 We’re lining up another great music series for 2012 and we are privileged to start our new year hosting the Langroise Trio as they celebrate their 20th year of performances.

In what has become a community favorite, the concert with Geoffrey Trabichoff, David Johnson, and Sam Smith provides an evening of exquisite chamber music in the fashion it was meant to be heard, with a small engaged audience sitting close up, and listening intently. The performance at the Martin has become a favorite of the Langroise Trio’s as well with Geoffrey saying “We love playing in your intimate venue, where the excellent acoustic is exceeded only by the warmth of the audience.”