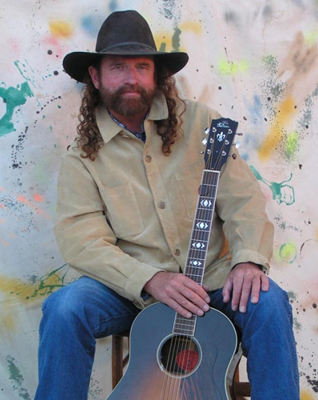 According to Ramblin’ Jack Elliot, “Mike Beck plays the guitar like a Byrd. His strings do things that mine could never do. They obey the slightest finger-touch commands like a fine Reining Horse.”

(I found this rather amazing video on YouTube, posted by pagenmaestro; with the notes here below the video. – bill)

I met Mike Beck right after this performance in Austin, Texas, in June of 2004, when he delivered among other originals a gripping solo performance of “Old Man,” a song about one of the resin jaws he met while cowboying in Montana. We stood outside in the humid night heat and, along with horseman Magne Hellesjo of Norway, talked music and horses, and shared some cold beers. A year or so later the three of us convened again at Magne’s farm in Norway where, between horse clinics, Mike joined me and other members of Poisoned Red Berries in the recording of my first produced studio album. Mike’s been working with his band, The Bohemian Saints, for a few years now, playing mainly in California with occasional tours. Mike Beck has also just released a beautiful solo album of songs, called “Free”. If you like the sound of “Old Man,” check out the new solo album. Mike’s songs offer a unique perspective on life, opening on a wisdom earned genuinely through a life of horse whispering, work with Ian Tyson and Ramblin’ Jack Elliott, and Beck’s own take on the old ways of the cowboy life in America. Learn more about Mike and his music at http://www.mikebeck.com

Note: If anyone objects to this video presentation due to copyright infringement, please make contact and it will be promptly removed. DL