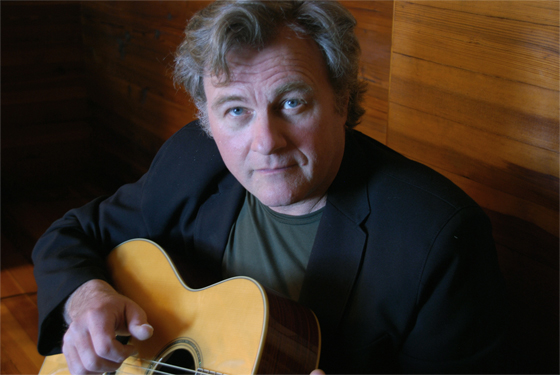 The great Roy Book Binder is set to play a concert at the Martin Hotel on Saturday, July 10th. Something of a national treasure, Book Binder plays blues in the Piedmont style, a very old East Coast tradition based on ragtime and multi-part gospel guitar techniques.

Besides being a musical giant with unexceeded technique, Book Binder is known as a crowd-pleasing entertainer with deft comic timing, an encyclopedic knowledge of American roots music history, and an inexhaustible supply of tales collected over a lifetime of traveling and performing with greats like Brownie McGhee, Sonny Terry, Rock Bottom, Fats Kaplin, Doc Watson, Bonnie Raitt, and Ray Charles.

Book Binder emerged alongside pal Dave van Ronk in the New York City coffeehouse scene of the mid-60s, the beginning of the so-called “folk revival.” And, his repertoire includes “Bookaroo” songs, played in a folk style reminiscent of Rambling Jack Elliot, the New York City surgeon’s son who was Woody Guthrie’s hand-picked protege.

Book Binder’s real bailiwick, though, is blues in the East Coast or “Piedmont” style, named for the plateau that stretches from Richmond, Virginia to Atlanta, Georgia. The style evolved in the 20s, 30s, and 40s, when ragtime, parlor, and gospel guitar players like Blind Blake, Blind Boy Fuller, and Reverend Gary Davis began applying polyphonic finger-picking technique to the blues. Book Binder perfected his Piedmont technique as Davis’s protégé, working as the blind virtuoso’s driver and side-man during the late 1960s.

Book Binder has recorded seven albums, most in a “hillbilly” blues style that includes plenty of colorful banter between the tracks. Often, the stories and jokes stretch back to Book Binder’s formative years on the road with the Reverend Davis. Though based on old-time techniques, his songs sound fresh and relevant, often featuring original lyrics re-spun to reflect contemporary themes.

Book Binder continues to perform solo shows around the world, with more than 30 shows left this year alone. He also teaches at MerleFest and the Fur Peace School, and keeps an entertaining travel “blog” on his website, RoyBookBinder.com.

So, if you’re in town over the weekend, don’t miss the chance to see one of the great bluesmen of all time, up close and personal, right here in Winnemucca. The show starts at 7 PM on Saturday, July 10th, at the Martin Hotel on Railroad Street.